Sudden infant death syndrome (SIDS), also known as cot death or crib death, is the sudden unexplained death of a child less than one year of age. Diagnosis requires that the death remains unexplained even after a thorough autopsy and detailed death scene investigation. SIDS usually occurs during sleep. Typically death occurs between the hours of 00:00 and 09:00. There is usually no evidence of struggle and no noise produced.

Accidental suffocation from bed sharing (also known as co-sleeping) or soft objects may also play a role. Another risk factor is being born before 39 weeks of gestation. SIDS makes up about 80% of Sudden and Unexpected Infant Deaths (SUIDs). Other causes include infections, genetic disorders, and heart problems.

Placing an infant to sleep while lying on the stomach or the side increases the risk. This increased risk is greatest at two to three months of age. Elevated or reduced room temperature also increases the risk, as does excessive bedding, clothing, soft sleep surfaces, and stuffed animals. Bumper pads may increase the risk of Sudden infant death syndrome due to the risk of suffocation.

They are not recommends for children under one years of age as this risk of suffocation greatly outweighs the risk of head bumping or limbs getting stuck in the bars of the crib.

Sharing a bed with parents or siblings increases the risk for SIDS. This risk is greatest in the first three months of life, when the mattress is soft, when one or more persons share the infant’s bed, especially when the bed partners are using drugs or alcohol or are smoking. The risk remains, however, even in parents who do not smoke or use drugs.

The American Academy of Pediatrics thus recommends “room-sharing without bed-sharing”, stating that such an arrangement can decrease the risk of SIDS by up to 50%. Furthermore, the Academy recommended against devices marketed to make bed-sharing “safe”, such as in-bed co-sleepers. The Baby really does require our surveillance but can we do it at all times ? Here’s thing you should care about.

Sleeping on the back has been found to reduce the risk of SIDS. Sleeping on the back does not appear to increase the risk of choking even in those with Gastroesophageal Reflux Disease. While babies in this position, they may sleep more comfortable and lightly. Sharing the same room as one’s parents but in a different bed may decrease the risk by half. It’s good if we allow the baby to sleep on our side but in separate bed, so that when giving a breastfeeding would become easier and you can quickly wake up when it feels the moments is come.

Product safety experts advise against using overly soft mattresses, sleep positioners, bumper pads (crib bumpers), stuffed animals, or fluffy bedding in the crib and recommend instead dressing the child warmly and keeping the crib “naked”. Blankets or other clothing should not placed over a baby’s head. The FDA and the Consumer Product Safety Commission issued a warning about their use because they are hazardous.

The recommendation of Dr. Rachel Moon at the National Medical Children’s Center in Washington DC United States. And if you wants your baby to be more safer, do not let the baby sleep in the crib at night because we do not know what will happens if he sleeps alone at an early age. 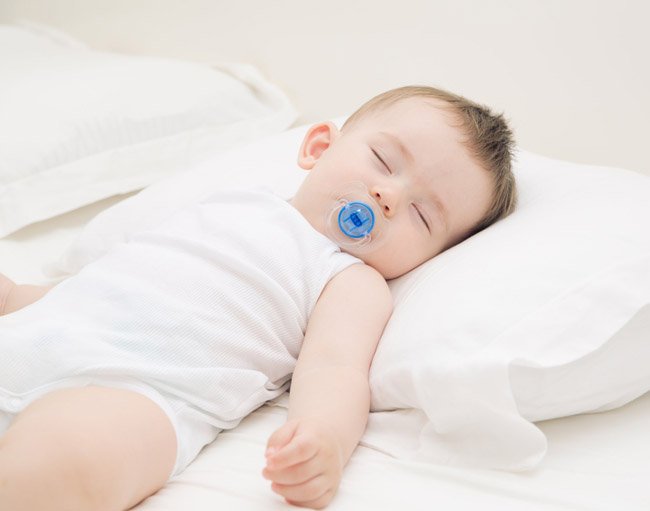 The most effective method of reducing the risk of Sudden infant death syndrome is putting a child less than one year old on their back to sleep. Other measures include a firm mattress separate from but close to caregivers, no loose bedding, a relatively cool sleeping environment, using a pacifier, and avoiding exposure to tobacco smoke.

If the infant is expose to the first Sudden Infant Death Syndrome (SIDS) countermeasure is to give her breast milk for breathing to return to normal. Some think breast milk may protect babies from infections that raise their SIDS risk. Do not drink alcohol if you breastfeed, because that raises your baby’s risk of SIDS. In addition, the simple touch is helpful. Skin-to-skin contact is important for your baby’s development

Immunization may also be preventive. We can reduce Sudden Infant Death Syndrome (SIDS) with immunization after the SIDS process is passes. Putting your baby to sleep with a pacifier may also help prevent SIDS. Evidence shows babies who’ve been immunized in accordance with recommendations from the American Academy of Pediatrics and the CDC have a 50% reducing risk of SIDS compared with babies who aren’t fully immunized.

For prevention to Sudden Infant Death Syndrome (SIDS), We should lay the infants in a supine position with No Pillow At All!, Although the pillow can prevent the infants to move sideways to the stomach position quickly and prevent choking while slept. Using pillow may causing they become trapped under it or wedged against it, unable to breathe.

To reduce the risk of sudden infant death syndrome (SIDS), Babies should sleep flat on their back, in a clean cot with no blankets, pillows, or toys. When they are growing older than one years old, You may start to introduce them to a pillow.